The Agent Provocateurs in Occupy's Midst

F28: Demonstrate & Stop the Suppression of the Occupy Movement

Vets March On WH For Ron Paul And End The Fed! Heres 21 Trillion Reasons Why!

WHY WOULD THEY SAY END THE FED?

HERE IS THE 6 TRILLION DOLLARS IN 'REPORTEDLY FAKE' CHICAGO FEDERAL RESERVE BONDS...DISCOVERED BY ITALIAN POLICE ON 16FEB2012 WHICH PUT 8 UNNAMED PEOPLE IN CUSTODY...…

Spain: violence during a protest against austerity in Valencia‎

An excerpt from the

Protesters and police clashed in the streets of Valencia, Monday, Feb. 20. AFP /…

By Dan Rivoli: Subscribe to Dan's RSS feed
February 15, 2012 5:45 PM EST
Methods the Occupy Wall Street movement has used to push its message of economic fairness are familiar to most observers. There are…
Continue

"In what many activists have been hoping to see for quite a while, it appears that some in the Occupy movement and the Tea Party have finally found a bit of common ground"

"PHILADELPHIA — A retired police captain who was arrested in uniform during an Occupy Wall Street protest last year joined demonstrators on the lawn of Independence Hall on Monday, saying he isn’t breaking any law by wearing his old uniform despite the city police commissioner telling him to stop."

FROM THE GREEK STREETS

Athens, the long night of February 12: “burning and looting tonight”

Images of Athens posted at Occupy London. These give a better idea of scale than mainstream tight close-ups. "The Cancer in Occupy"

"The presence of Black Bloc anarchists—so named because they dress in black, obscure their faces, move as a unified mass, seek physical confrontations with police and destroy property—is a gift from heaven to the security and surveillance state."

Conservatives are more fearful than Liberals!

A psychological phenomenon that researchers have been studying for some time now continues to indicate conservatives are motivated by fear in a way that liberals are not. An expanding body of research suggests that Republicans and Democrats differ on some fundamental level in how they respond to positive and negative stimuli. Another new study, published in the journal Philosophical Transactions of the Royal Society B, adds even more evidence to the theory that these two groups literally see… On Monday, February 6th, flight attendants and citizens from around the country are planning to converge at…
Continue

Here are the main reasons you won’t have freedom again

1) No government agency can overrule the decisions made by the Federal Reserve.

3) Federal Reserve shareholder names are a highly safeguarded secret. In fact, they are protected by law because the shares can’t be sold or traded. No one is allowed to know who they are and no one can find out. This includes the…

KMFDM Bitch-Slaps Plutocracy With A Drug Against Wall Street 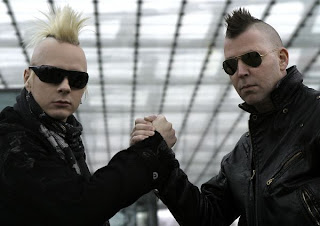 The whole #OccupyWallStreet thing is cool and all, but it's not a real party until some heavyweights of radical music start throwing their weight behind it. Fans of…

Merry Christmas from the 12/12 Port Blockade…

Did Anyone You Know Vote For WW3?

THE REAL THREAT TO GLOBAL PEACE IS RUN BY THIS POS!!

THE MEETING IS NOW SPUN INTO THIS...IN THE US MSM..
Iran, perceiving threat from West, willing to attack on U.S. soil, U.S. intelligence report finds…

Murdochs News Corpse! A Globalist Farce With One Leg In The Coffin!

THIS CRIMINAL BUYS THEN BREAKS GOOD THINGS, THEN HIJACKS THEM TO PRODUCE MUTATED PROPAGANDA GARBAGE DEVICES...FAUX NEWS...MEINSPACE...THE DODGERS...WHAT AN ASSHOOOOLE!!…

This Isn't our country Americans,

OUR beautiful country is being run by the REAL terrorists,the Rothschilds, and WE have to Stop it.