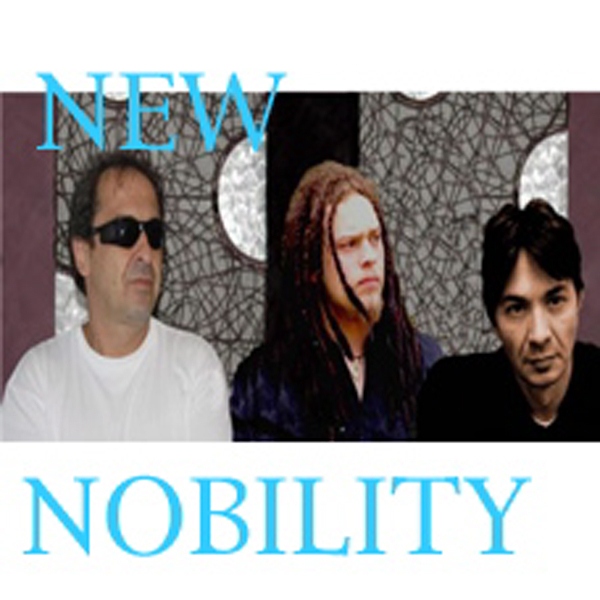 New Nobility has not received any gifts yet

New Nobility is taking the independent music scene by storm. Already an internationally recognized band, this Sydney-based trio not only woos and pierces the ears of rock lovers with their melodious shredding and vocals (as heard here in Galactic), but also uses their music as a platform to promote justice and world peace. If the idea of peaceful Hard Rock is making you a bit queasy, don’t worry. This isn’t some Rage Against the Machine/We Are the World crossover. New Nobility administers the right dose of poisonous rock to balance out the peace and activism, which has won them quite a global following. With awards, accolades and this international attention, the only indie question for these Aussie rockers is how much longer ‘til they’re signed?

If you’re a New Nobility virgin, Galactic is the perfect place to get on board. There’s no time wasted getting into this space-love groove, with an urgency of shredding roping in every electric guitar player/lover from Dallas to Delhi. And just as you were praising the resuscitation of the screaming electric guitar, New Nobility’s vocals kick in and coat your eardrums with an even sweeter taste of 70’s Rock. But Rock… that’s a very slippery term to use when describing New Nobility.

The Beatles were considered ‘rock’ and so was Led Zeppelin. Metal? Well then we’d be getting into Iron Maiden. I can’t exactly pinpoint what New Nobility should be categorized into, so I won’t do it at all. Their ‘Galactic’ track brings up warm memories of Living Colour, Steve Vai and Dream Theatre all at once. A combination of terrifying guitar licks and dangerous vocals, guided by riffs, rolls and keys - all oozing out beautifully in stadium-sized proportions. If there’s one thing missing with Galactic, it’s the roar of 30,000 people at the end of the song. These guys are built to perform, and the only thing that would improve this astronomical experience, would be hearing it birthed on stage from its three creators.

www.weeklypodcast.net/wp-content/uploads/2013/06/New-Nobility.jpg?resize=150%2C150" width="150" height="150" />There’s no mistaking the potential in this band, and Galactic only proves New Nobility’s worthiness on the world’s musical stage. A well-selected gem for WeeklyPodcast, Galactic is another audible orgasm and warm ray of sunshine for the infinitude of independent music junkies, like myself, to bask in.