Is the Universal Soldier finally taking a stand?

Shop Till You Ascend

It is that time of year again.... The "Holy Day" wherein we celebrate the birth of a man who supposedly arrived to a chorus of angels declaring "Peace on Earth, good will to men." Never mind that we commemorate this blessed event with a name and date that have nothing to do with any facts that can be found. God forbid that anyone actually feel responsible for helping bring about some peace on earth or have actual feelings of good will toward their neighbors. No, really, God forbid it. The…

Jubilee NOW: Thankful The Best Things In Life Are FREE

I will buy NOTHING on "Black Friday." I hope you will boycott the consumer schmuckfest and spend your time wisely, not your money foolishly. OccupyWallSt.org will ban people from posting on their forum if they “spam” the political philosophy of Alex Jones or David Icke, according to the website’s posting guidelines:

Conspiracy theories, including any…

Are you with the 99% or still in the left right mindset? 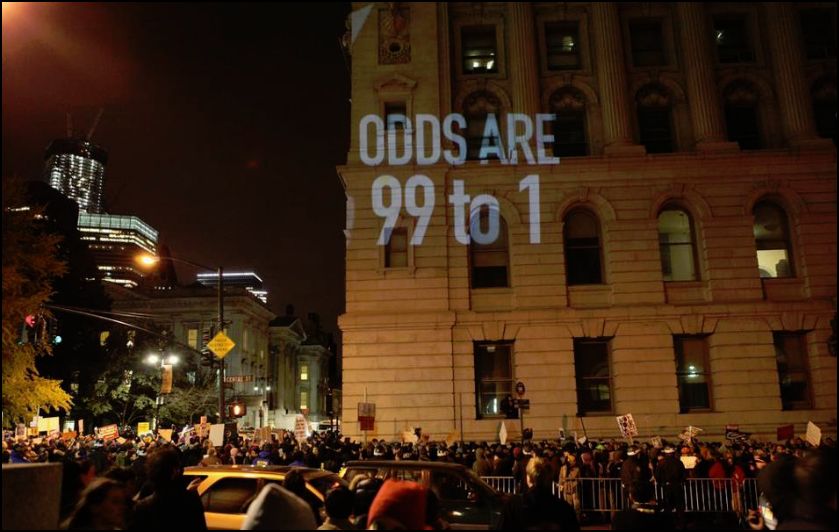 If you aren't the 99% do you agree with the 1%??? The occupiers are doing one hell of a job with the occupy movement. If you are a tea party member and think this is a democrat thing YOU need to wake up...THIS IS NOT ABOUT BEING DEMOCRAT OR REPUBLICAN. THIS IS ABOUT FREEDOM VS TYRANNY. BOTH PARTIES ARE CONTROLLED BY THE ELITE 1% , JUST AS THE…

Heads Up To Occupy! Dont Take Free Vaccines!! They Are Poison!!

ASK YOURSELF WHY THEY WOULD GIVE YOU FREE VACCINES AFTER PEPPER SPRAYING YOU!! IF MURDOCH IS CONNECTED WITH IT ....ITS POISON!! 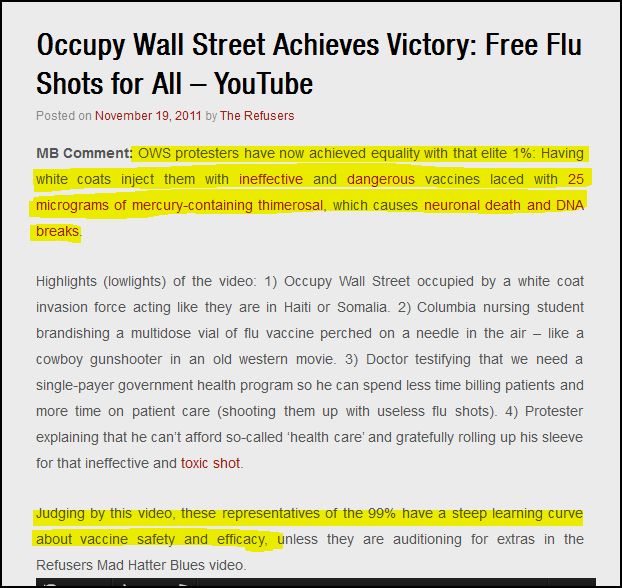 For Much more info on vaccines…

POLICE NEED TO LEARN THAT THEIR JOB IS TO PROTECT AND TO SERVE WE THE PEOPLE!! AND TO STAND AGAINST THE MEGA THIEVING INTERNATIONAL BANKSTERS....AND TO LEARN THAT THEIR CURRENT BOSS BLOOMBERG IS ONE OF THEM!!....THAT IS THE REAL PROBLEM....IF THEY NEED A QUICK FIRST RESPONDER TREATMENT THING TO LOOK AT ...HAVE THEM CHECK THIS GRAPH OF FIRST RESPONDER PAYOUTS FOR THE 911 HEALTH PROGRAM...AND SHOW THEM WHERE THE MONEY REALLY WENT...THEN ASK WHY THEY WOULD STAND FOR…

ANYONE PARTICIPATING IN EXPOSING THE TRUTH OF WTC7 AND 911 IS BY DEFINITION PART OF THE 99+%!!

The unFederal Federal Reserve is actually a criminal banking cartel.
I have personally gone to these End the Fed Protests. You are not allowed on the sidewalk in front of the criminal federal reserve buildings...The cops will get you for trespassing. You have to go across the street to the other sidewalk..… 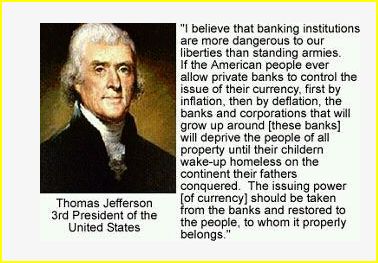 I was there to take down the names of people who were arrested… As I’m standing there, some African-American woman goes up to a police officer and says, ‘I need to get in. My daughter’s there. I want to know if she’s OK.’ And he said, ‘Move on,…

#Rahmageddon - #OccupyChicago - #N17 - will be a massive demonstration of solidarity and action.

#Rahmageddon #OccupyChicago #N17 will be a massive demonstration of solidarity and action.

Crackdown comes ahead of Thursday marches

UC Berkeley shooting: an armed man at an Occupy Cal protest was shot by UC Berkeley police but the event and the man's intentions cast a shadow over campus life and the protest.

Luke Rudkowski Explains what went down during OWS eviction

What is this great awakening? Is it the beginning of a new era of enlightened humanity? Or is it all just a dream?

I was raised in a Christian home by parents who took their spirituality seriously. I rejected the doctrines of their church and ultimately of Christianity due to the obvious hypocrisy and inconsistency of the message. If you want to get to heaven, if someone puts your eye out, you are directed by the Father to take out their eye and by the Son to turn the other…

Occupy Evansville: Put it on the map

"Occupy Evansville protesters are following the lead of similar movements all over the country by setting up camp. Protesters have built a "tent city" in a Downtown Evansville park tonight despite the chance of criminal consequences.

About 25 people started pitching their tents at around two thirty this afternoon in preparation for an all night sit-in. But if the protesters aren't gone by the time the park closes, police say they could face criminal…